The Kindle Paperwhite is an amazing ereader. It’s arguably the best on the market. But it’s not flawless. Some users, including several TechCrunch writers, noticed the lighting on their Paperwhite is not evenly spaced, resulting in odd, slightly distracting gaps at the bottom of the screen (see the pic).

Well, in a recent statement, Amazon stepped up to the plate and addressed this lighting issue as well as reaffirming the Paperwhite model has less storage than its predecessor and lacks text-to-speech. Even with these, let’s say design decisions, the Kindle Paperwhite is a fantastic ereader. As John states out inour official review, it’s a reader’s dream.

We want you to know…

Kindle Paperwhite is the best Kindle we’ve ever made by far, but there are certain limitations and changes from prior generations that we want you to know about.

Kindle Paperwhite does not have audio or Text-to-Speech. This makes the device smaller and lighter than it would otherwise be. Audio and an improved Text-to-Speech engine are supported on Kindle Fire and Kindle Fire HD.

Under certain lighting conditions, the illumination at the bottom of the screen from the built-in light is not perfectly even. See examples of how the screen looks in different lighting conditions. These variations are normal and are located primarily in the margin where text is not present. The illumination is more even than that created by a book light or lighted cover. The contrast, resolution and illumination of the Paperwhite display is a significant step-up from our prior generation.

The Kindle Paperwhite has 2 GB of storage. Some previous Kindle models had 4GB of storage. 2GB allows you to hold up to 1,100 books locally on your device. In addition, your entire Kindle library is stored for free in the Amazon cloud, and you can easily move books from the cloud onto your device.

Thank you, and we hope you enjoy Kindle Paperwhite.
– The Kindle Team 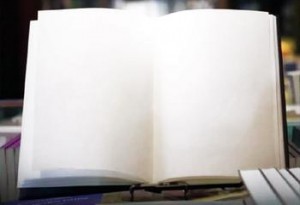 To be honest, I don’t really have much to say about Justin Hollander’s anti-ebooks op-ed that showed up in the New York Times on Tuesday. But because its main focus was Education Secretary Arne Duncan’s recent proclamation that “over the next few years, [paper] textbooks should be obsolete,” I figured it was an essay the e-book community should probably pay attention to.

Hollander is an assistant professor of urban and environmental policy and planning at Tufts University, and to be fair, his piece isn’t necessarily anti-ebooks per se. Instead, he’s arguing for the superiority of paper textbooks over their digital cousins.

“Digital-learning technologies, like e-readers and multimedia Web sites … certainly have their place,” Hollander writes. ”But Secretary Duncan is threatening to light a bonfire to a tried-and-true technology — good old paper — that has been the foundation for one of the great educational systems on the planet. And while e-readers and multimedia may seem appealing, the idea of replacing an effective learning platform with a widely hyped but still unproven one is extremely dangerous.”

I’d say it’s a bit of a stretch to suggest that digital books are “still unproven.” But ultimately, Hollander’s essay makes a good (if cliched and overused) point: When advancements in new technologies lead us to discard the old ways of doing things, we often come to regret it. And while Hoffman probably is guilty of making way too much out of a couple sentences uttered at a press club, the point he makes may eventually lead to a conversation that’s very much worth having. As the omnipresence of e-books continues to grow and grow, for instance, perhaps we should be having more conversations about the importance of “good old paper.”

I don’t know. What do you think?